All times listed are in Central European Summer Time (CEST)

The panel will focus on the underlying theme of the conference. It will discuss softwarization, AI and security aspects in the context of engineering and operating networks and networked systems.

Rolf Stadler is a professor at KTH Royal Institute of Technology in Stockholm, Sweden, and head of the Division of Network and Systems Engineering. He holds an M.Sc. degree in mathematics and a Ph.D. in computer science from the University of Zurich. Before joining KTH in 2001, he held positions at the IBM Zurich Research Laboratory, Columbia University, and ETH Zürich. His group made contributions to real-time monitoring, resource management, and automation for large-scale networked systems. His current interests include intelligent monitoring techniques and data-driven methods for network engineering and management. Rolf Stadler has been Editor-in-Chief of IEEE Transactions on Network and Service Management (TNSM) 2014-2017. 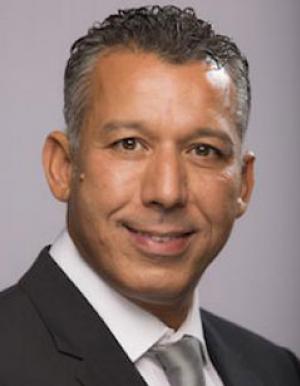 Raouf Boutaba is a University Chair Professor of Computer Science and Associate Dean Research of the faculty of Mathematics at the University of Waterloo. He also holds an INRIA International Chair in France. He is the founding Editor in Chief of the IEEE Transactions on Network and Service Management (2007-2010), and the current Editor-in-Chief of the IEEE Journal on Selected Areas in Communications. He served as the general or technical program chair for a number of international conferences including IM, NOMS and CNSM. His research interests are in the areas of network and service management. He has published extensively in these areas and received several journal and conference Best Paper Awards such as the IEEE 2008 Fred W. Ellersick Prize Paper Award. He also received other recognitions, including the Premier's Research Excellence Award, Industry research excellence Awards, fellowships of the Faculty of Mathematics, of the David R. Cheriton School of Computer Science and several outstanding performance awards at the University of Waterloo. He has also received the IEEE Communications Society Hal Sobol Award and the IFIP Silver Core in 2007, the IEEE Communications Society Joe LociCero and the Dan Stokesbury awards in 2009, the Salah Aidarous award in 2012, the IEEE Canada McNaugthon Gold Medal in 2014, the Technical Achievement Award of the IEEE Technical Committee on Information Infrastructure and Networking as well as the Donald W. McLellan Meritorious Service Award in 2016. He served as a distinguished lecturer for the IEEE Computer and Communications Societies. He is fellow of the IEEE, a fellow of the Engineering Institute of Canada and a fellow of the Canadian Academy of Engineering. 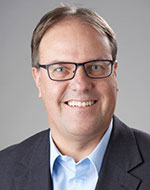 Dr. Marcus Brunner is the Head of Standardization/Open Source, Eco-system Development and Chief Researcher at Swisscom. He has been active in research, development, and standardization for 25 years with detailed experience in programmability of networks and services, cloud technology for IT and network service providers (NfV), and automation of network and IT including autonomic communication. He is involved in various international organizations on software-defined networking and the future telecommunication technologies like Network Function Virtualization and 5G networking. He is currently chair of the Network Operator Council (NOC) in ETSI ISG NFV. 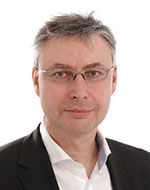 Olivier Festor is Professor in Computer Science at the University of Lorraine and Director of TELECOM Nancy, the Graduate School in Computer Science and Engineering. He is active for more than 25 years in the Network and Service Management scientific community. His research interest are in Network Security, Monitoring, Programming and Configuration, domain in which he published more than 150 papers in the major conferences and journals in the field. Olivier was awarded the IEEE COMSOC Network Operations & Management Technical Committee « Dan Stokesberry award »in 2019. 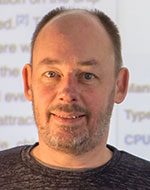 Jürgen Schönwälder is professor of computer science and leading the Computer Networks and Distributed Systems research group at Jacobs University Bremen. He received his doctoral degree in 1996 from the Technical University Braunschweig, Germany. His research interests include network management and measurement, network and system security, embedded systems, and distributed systems.

Jürgen Schönwälder is an active member of the Internet Engineering Task Force (IETF). He has co-authored more than 40 network management related specifications and standards. He co-chaired the NETMOD and ISMS working groups of the IETF and the NMRG research group of the Internet Research Task Force (IRTF). He has been principal investigator in several European research projects (Emanics, Flamingo, Leone, Concordia). 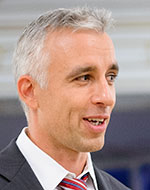 Róbert Szabó, PhD, is a principal researcher at Ericsson Research, Hungary. At Ericsson, he was the technical coordinator of the EU-FP7 integrated project: Unifying Cloud and Carrier Networks (UNIFY) /2013-2016/ and he was the project coordinator of the H2020 5G-PPP 5G Exchange (5GEx) innovation action /2015-2018/. He was the president of the Telecommunications Section of the Scientific Association for Infocommunications (HTE), Hungary /2005-2007/. He was the deputy head of the Dept. of Telecommunications and Media Informatics (TMIT), Budapest University of Technology and Economics (BME) /2008-2010/. He was the head of the High Speed Networking Lab (HSNLab), at BME /2007-2012/. His researches were supported by the János Bolyai Scholarship of the Hungarian Academy of Science (MTA). He was a member of the Future Internet Award jury /2010- 2013/. He is co-author of over 80 publications. He supervised the work of 4 graduated PhD students. Currently, he works in the research area of Cloud Systems and Platforms in topics: Network Function Virtualization, cloud native transformation and zero touch automation. 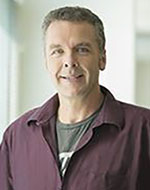 A network architecture leader recognized for advancing the capabilities of the Internet the past two and a half decades, Dave joined Cisco in 1999 when the company acquired the Internet Engineering Group. He was also a Juniper Fellow working on the operating system and next-generation routing systems, including ASICS, Optics, and network APIs and SDN.

Dave holds hundreds of patents. His pioneering advances and industry leadership around Software Defined Networks (SDN), Cloud Networking, and Network Function Virtualization has led to the formation and progress of numerous open-source, networking, and standards organizations. For example, he has been the Routing Area Director at the Internet Engineering Task Force and Chair of four of its Working Groups: IS-IS, HIP, BFD and Softwires. He has also worked with the ITU-IT, and several Open Source consortia, as well as serves on the Boards of the Alliance for Telecommunications Industry Solutions, Advanced Imaging Society, Linux Foundation Network, ITU Telecommunication Standardization Sector, Open Networking Foundation, Connected Conservation Foundation, and Wild Animal Technology Systems.

An avid outdoorsman and community participant, Dave leads Cisco’s wildlife protection initiatives, and is a co-captain in his local volunteer fire department. He also has a small vineyard in the Santa Cruz, California mountains and an heirloom tomato farm along the St. Croix River in Somerset, Wisconsin.
Dave graduated from Syracuse University, and earned graduate degrees from the University of Minnesota.